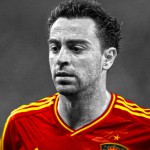 La Liga is arguably the biggest and best league in the world, with the attraction of Real Madrid and Barcelona, along with the draw of a fantastic climate and more lax tax laws, it is easy to see why the Spanish league has the best players in the world participating in it week in, week out, however, the biggest argument against La Liga is the lack of competition outside of the top two, Real and Barca. Since the turn of the millennium, the history of La Liga, I think, can be split into three periods of dominance for various teams, not based on who won the league, but who was seen as “the … END_OF_DOCUMENT_TOKEN_TO_BE_REPLACED