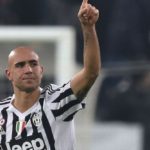 According to reports from talkSPORT, West Ham United flop Simone Zaza is finally on the verge of completing his move to Valencia. Zaza joined West Ham United from Juventus during the summer on a loan deal till the end of the season and it was believed at the time that the Italian international will prove to be a very good signing for the Hammers. As it turned out though, Zaza struggled for regular minutes on the pitch at the London Stadium after failing to impress manager Slaven Bilic and was sent back halfway through his loan deal. Despite Zaza’s terrible time at West Ham, Spanish … END_OF_DOCUMENT_TOKEN_TO_BE_REPLACED

According to reports from Spanish outlet AS, Simone Zaza is seeking the advice of teammates Sofiane Feghouli, Adrian and Alvaro Arbeloa regarding a potential move to Valencia. Zaza joined West Ham United from Juventus on a season long loan deal this summer and many felt at the time that the Italian international would prove to be a very good signing for the Hammers. As it has turned out though, Zaza has struggled at the London Stadium and has not yet found the back of the net for West Ham on even one occasion since his arrival to England. Now it is widely believed that West Ham will … END_OF_DOCUMENT_TOKEN_TO_BE_REPLACED

As suggested by HITC, Valencia’s chase for on-loan West Ham United attacker Simone Zaza is far from being completed. West Ham United managed to complete the signing of Simone Zaza from Juventus on a season long loan deal this summer but it has to be said that the striker has been poor since his arrival to the London Stadium. Zaza has failed to score a single goal for West Ham so far and there have been claims that the Hammers could consider allowing the Italian international to leave in January, so that they avoid activating a clause to sign him permanently. Despite his struggles in … END_OF_DOCUMENT_TOKEN_TO_BE_REPLACED