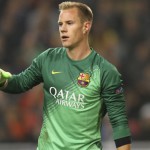 Liverpool are monitoring the situation of Barcelona goalkeeper Marc-Andre ter Stegen ahead of a reported £17 million transfer this January. According to the Daily Star, the Reds want to bring in the German either on loan or permanently to solve their current goalkeeping nightmare. Current number one Simon Mignolet has been heavily criticised this season for a series of errors, leading to him being benched at the end of 2014. Liverpool want ter Stegen to become their new number one for the forseeable future. It is thought that Barcelona have similar intentions for 22-year-old ter Stegen, who … END_OF_DOCUMENT_TOKEN_TO_BE_REPLACED 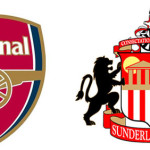 Arsenal were held at home to a frustrating goal-less draw against Sunderland this afternoon and missed the chance to close the gap to just one point behind league leaders Manchester United. Despite a countless number of chances in front of goal the Gunners were unable to take advantage and net a winner thanks to Sunderland keeper Simon Mignolet who pulled off a myriad of classy saves this afternoon to keep the Arsenal attackers at bay. The Belgian shot-stopper denied the home side's best chance of the game late on when Samir Nasri curled in a pin-point free-kick that looked goal-bound only … END_OF_DOCUMENT_TOKEN_TO_BE_REPLACED