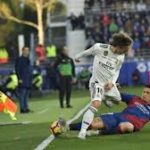 It is safe to say it has been a tough debut season in La Liga for minnows Huesca. However, the club that four years ago was plying its trade in Spain’s third tier has proven a welcome and solid edition to the league this season even if relegation is looking an almost certainty. With nine games to go, Francisco Javier Rodríguez Vílchez’s men find themselves seven-points adrift of safety. By no means down and out, but clearly with much to do and their fate out of their hands. Five wins this season has highlighted the progression a club can make despite boasting a stadium that only … END_OF_DOCUMENT_TOKEN_TO_BE_REPLACED 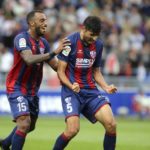 Fifty-eight years after SD Huesca’s official birth, the football club from the Gates of the Pyrenees in the region of Aragon and to the Northeast of Zaragoza earned its place at the top of Spain’s football pyramid after ending 2nd in last seasons Segunda campaign. After promotion was confirmed, little Huesca was immediately instilled as favourites for the drop by those who enjoy gambling on sports with plenty of reason. After all, this is a club with no pedigree in La Liga and whose highest ever finish prior to the 2017/18 season was a sixth place in the Segunda. Also, with its El … END_OF_DOCUMENT_TOKEN_TO_BE_REPLACED