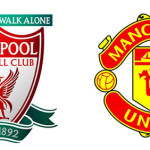 Dirk Kuyt was the hero for Liverpool as he bagged a stunning hat-trick in a momentus 3-1 victory over Manchester United at Anfield today. United suffered their third defeat of the season and with less than ten games still to play, the title race has well and truely been blown wide open. In a game between two fierce rivals, Liverpool made their presence known from the very start and in the 34th minute they were rewarded for their persistence when new signing Luis Suarez glided past three United defenders and tee'd up Kuyt to score into an empty net. United midfielder Nani produced some … END_OF_DOCUMENT_TOKEN_TO_BE_REPLACED