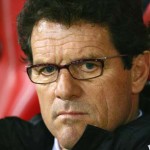 England manager Fabio Capello has sprung up a couple of surprises in the selection of his squad to face Denmark in an international friendly this week as Aston Villa defender Kyle Walker and Fulham goalkeeper David Stockdale have both been included in the side. Walker (20) who has been in a rich vein of form during his loan spells at QPR and Aston Villa has been rewarded for his impressive displays by being handed a surprise call-up and justified the Itallian boss' selection with a fine goal against Fulham on Saturday afternoon. Meanwhile, Fulham keeper Stockdale has been impressive between … END_OF_DOCUMENT_TOKEN_TO_BE_REPLACED 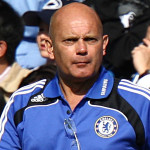 Breaking news as Chelsea assistant manager Ray Wilkins has parted company with his club after they have took the decision not to renew the 54 year old's contract. Wilkins who joined in 2008 under Luiz Felipe Scolari will end his stint with Chelsea with immediate effect. The former England midfielder enjoyed a successful playing career appearing for AC Milan, Man Utd, QPR and Rangers respectively after starting out life as a Chelsea apprentice in the 1970's. He managed both QPR and Fulham before taking on the assistant coaching role twice at Chelsea helping Gianluca Vialli in 1999 and 2000 … END_OF_DOCUMENT_TOKEN_TO_BE_REPLACED