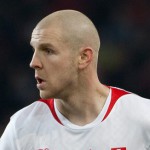 Philippe Senderos has ended his association with Aston Villa, the Premier League club have confirmed. Senderos was signed from Valencia during the summer of 2014 and the defender had been seen as a good recruit for the Villans at the time. Senderos did enjoy a positive start to life at Villa Park but an injury while on international duty with the Switzerland national team curtailed his progress. Then the sacking of Paul Lambert meant that Senderos fell completely off the radar at Villa and his last appearance for the club came way back in November 2014. Clearly surplus to requirements, … END_OF_DOCUMENT_TOKEN_TO_BE_REPLACED