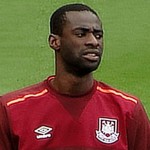 Spanish midfielder Pedro Obiang’s agent Jose Miguel Gonzalez says that the midfielder is open to offers away from West Ham United. Obiang joined West Ham United from Sampdoria during the summer on a four year deal and his signing was seen as a major coup for the Hammers. A bit surprisingly though, Obiang has been limited to only 715 minutes of action in the Premier League so far this season and it was believed that the 23-year old was getting a bit agitated at the lack of minutes coming his way. Now Obiang’s agent, Jose Miguel Gonzalez, has gone on to speak regarding the situation of his … END_OF_DOCUMENT_TOKEN_TO_BE_REPLACED