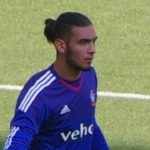 According to reports from ESPN FC, Tottenham Hotspur are plotting a surprise swoop for Southampton goalkeeper Paulo Gazzaniga. Tottenham have taken an incredibly passive approach in the transfer market so far this summer and have not made a single signing, which is certainly agitating the club faithful a bit at the moment. Nonetheless, Tottenham are expected to ramp up their efforts during the upcoming days and according to reports from ESPN, Spurs are currently plotting a move for Southampton goalkeeper Paulo Gazzaniga. Gazzaniga spent time out on loan at Spanish side Rayo Vallecano … END_OF_DOCUMENT_TOKEN_TO_BE_REPLACED