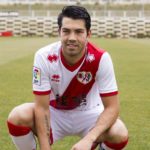 Both Leeds United and Nottingham Forest are interested in signing Rayo Vallecano striker Miku, sources close to La Liga Blog can reveal. The 31-year-old, who has plyed his trade in La Liga for the majority of his career has fallen out of favour at Segunda division side Rayo and is reportedly interested in linking up with former teammate Pablo Hernandez at Leeds. With Forest also keen on acquiring his services, the Venezuelan whose contract expires at the end of the season will likely be leaving his current club for a small fee in January. After netting 9 in Spain's top tier during the … END_OF_DOCUMENT_TOKEN_TO_BE_REPLACED 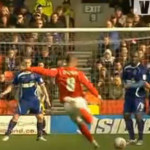 Although not featuring in our Goal of the Week competition this week, you can't ignore this delightful free-kick from Lewis McGugan for Nottingham Forest in their 2-0 victory over Ipswich Town. … END_OF_DOCUMENT_TOKEN_TO_BE_REPLACED