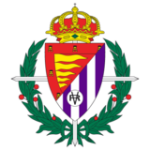 If I were awarded the opportunity to christen the new La Liga season (what a noble honour) I feel that it would only be apt to name it 'David' after the famous underdog who slayed the mighty Goliath from the popular Bible myth. Consequently we could witness the terribly predictable hierarchical structure of the Spanish game collapse and succumb to even the tiniest of challengers (yes I'm talking about Rayo Vallecano) and a beautiful revolution would begin! Alas it appears unlikely even in Spain's capricious Premier division where up to amongst eight or nine rivals contest the title (ha!). … END_OF_DOCUMENT_TOKEN_TO_BE_REPLACED