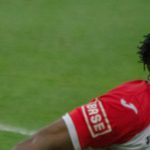 According to reports from Spanish outlet Super Deporte, Valencia are currently considering a swoop for Chelsea attacker Michy Batshuayi. Batshuayi had managed to establish himself as one of the finest young strikers around Europe after enjoying a wonderful campaign with Marseille last term and a host of top teams were unsurprisingly chasing his services this summer. Eventually, it was Premier League giants Chelsea who managed to sign Batshuayi after splashing around £33 million to land the attacker from Marseille. However with Diego Costa as the number one striker for the Blues, … END_OF_DOCUMENT_TOKEN_TO_BE_REPLACED