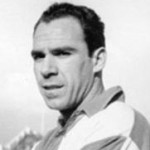 Barcelona drew 1-1 at Real Sociedad last night, to set up a mouth watering final against Real Madrid in April. Barcelona held a 2-0 lead from last week's first leg, and never looked likely to relinquish it. Barca could have been forgiven for taking it easy, but their goalscorer isn't one to do things by halves. Lionel Messi scored another wonder goal to add to his collection. He ran from the half way line, beat four Sociedad players on a mazy dribble and then slammed the ball past Zubikarai. The goal gave Tata Martino's men the freedom to express themselves. They passed the ball brilliantly, … END_OF_DOCUMENT_TOKEN_TO_BE_REPLACED