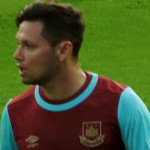 West Ham United are ready to offload striker Mauro Zarate to Malaga, according to reports from talkSPORT. West Ham United are expected to be very busy in the transfer market this January and while all the talk has been regarding a host of players arriving at the Boleyn Ground, many expect quite a few to be leaving as well. Now according to reports from talkSPORT, it has been claimed that West Ham United are set to sanction their first departure of the winter by allowing striker Mauro Zarate to join Spanish side Malaga. Zarate has made 20 appearances for West Ham so far this season and has … END_OF_DOCUMENT_TOKEN_TO_BE_REPLACED