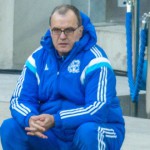 Premier League side Swansea City are looking to appoint Marcelo Bielsa as their next manager, according to reports from the Metro. A lot of names have been linked with the managerial hot seat at Swansea City following the sacking of Garry Monk last week. The likes of Brendan Rodgers, Ryan Giggs, David Moyes and Gus Poyet are just some of the names being touted to join Swansea but now according to reports from the Metro, it has been claimed that former Athletic Bilbao manager Marcelo Bielsa is the favourite to take over at the Liberty Stadium. Bielsa departed Marseille following only one … END_OF_DOCUMENT_TOKEN_TO_BE_REPLACED 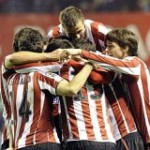 Athletic Bilbao's resounding victory over Atletico Madrid on Sunday sent shockwaves of fear reverberating around the Primera Division. In a repeat of the 2012 Europa League final, Bilbao gave Atletico a real lesson and a slice of revenge for the humiliation in Bucharest last season, winning 3-0. We saw shades of Bilbao returning to the force they once were and the team we'd yearned to see for so long, but can the team achieve moderate success in light of their outstanding season in 2011/12? … END_OF_DOCUMENT_TOKEN_TO_BE_REPLACED 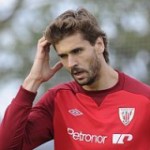 Since losing in two major cup finals last season, Athletic Bilbao have disappeared from the the footballing radar of late. The Basque side are well off of the pace in Spanish La Liga and tumbled out of the Europa League on Thursday despite not travelling to a war troubled Israel for their game. This is the exact team who humbled Manchester United in the competition last season, so why have the club faltered so much lately? Bilbao suffered defeat in both the Europa League and Copa del Rey finals and a summer exodus of their impeccably talented roster … END_OF_DOCUMENT_TOKEN_TO_BE_REPLACED

The escapades of last season surely ranks as one of the greatest years in Bilbao's recent history as they watched their prodigious squad reach two major finals (Europa League & Copa del Rey) as well as challenge briefly for Champions League qualification. Alas however Los Leones failed in all three pursuits, having the carpet pulled from underneath just as glory beckoned. Pride remains the predominant keyword associated with Bilbao despite the agonising lengths the club went to in their unsuccessful efforts for victory. Born and bred Basque blooded battlers both on and off … END_OF_DOCUMENT_TOKEN_TO_BE_REPLACED