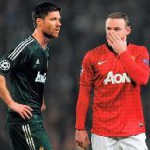 It will be Adios, Old Trafford as Wayne Rooney swaps Manchester for Madrid in 2014. The only question remaining is whether it will be in the summer or within the next nine days. With strike partner Robin Van Persie injured for large swathes of the season, Manchester United have been more reliant than ever on the England forward's goals. He has scored 9 goals in 16 games, a worse strike rate than potential replacement Danny Welbeck, but of course there is so much more to Rooney's game than goals. It is Rooney's energy and determination that have caught the eye of Carlo Ancelotti. He sees Rooney … END_OF_DOCUMENT_TOKEN_TO_BE_REPLACED 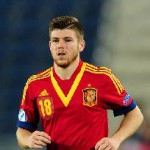 As gloom descends over Old Trafford, David Moyes is on the brink of making his first transfer window move and bringing in a La Liga left back. Not, however, the expected move for Real Madrid outcast Fabio Coentrao but a swoop for Sevilla's young defender Alberto Moreno. Patrice Evra is nearing the end of his Manchester United career and has looked increasingly fragile as the season has progressed. With a left back the priority it had seemed that Coentrao was the one who would be flying in from Spain. The Madrid full back had other ideas – he doesn't want to move to a club that seems likely to … END_OF_DOCUMENT_TOKEN_TO_BE_REPLACED