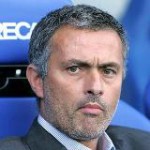 Real Madrid's woeful start to the new La Liga season continued last night as Getafe humbled Los Blancos and took a 2-1 victory at La Coliseum. Goals from Juan Valera and Abdelaziz Barrada turned the game around in the second half after Gonzalo Higuain had given Real the lead, which infuriated boss Jose Mourinho so much that he publicly blasted his star studded team. Having now lost two and drawn one of their three games so far it stands as one of the worst beginnings to a new campaign in decades for Madrid. … END_OF_DOCUMENT_TOKEN_TO_BE_REPLACED