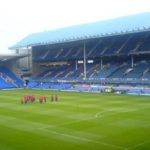 According to reports from Marca, Everton and Newcastle United have both registered an interest in signing Las Palmas attacker Jonathan Viera. Las Palmas enjoyed another fine campaign in the Spanish La Liga last term and arguably the best player for the club was attacking midfielder Jonathan Viera, who scored 7 goals and assisted 8 times in 31 appearances. Due to his exploits, Viera is attracting a lot of interest and reports had recently claimed that Swansea City had identified him as a potential replacement for Everton target Gylfi Sigurdsson. Swansea though are believed to have … END_OF_DOCUMENT_TOKEN_TO_BE_REPLACED