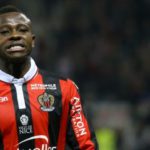 According to reports from Spanish outlet Mundo Deportivo (the Metro in English), Barcelona have focused their attentions towards signing Tottenham Hotspur target Jean-Michael Seri. Nice managed an impressive 3rd place finish in the Ligue 1 last season and one of the most crucial players for the French side in helping them claim the Champions League qualifiers spot was midfielder Jean-Michael Seri. Seri scored 7 goals as well as provided 9 assists in 34 league appearances last season and as a result of his exploits, the 26-year-old has managed to attract the interest from some of the … END_OF_DOCUMENT_TOKEN_TO_BE_REPLACED 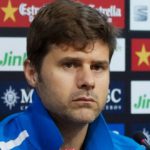 According to reports from Eurosport France (via HITC), Tottenham Hotspur have placed a bid for Ivorian midfielder Jean Michaël Seri. Barcelona have faced a lot of frustrations during the current transfer window and one of the many players the Catalan giants have allegedly missed out on is Nice midfielder Jean Michaël Seri. Seri was strongly linked with a move to Nou Camp earlier in July but Nice boss Lucien Favre dealt a blow to the Spanish giants by stating that the 26-year-old was not going anywhere. He had said, "Seri? He stays, that's definitive. We've lost four starting players. … END_OF_DOCUMENT_TOKEN_TO_BE_REPLACED