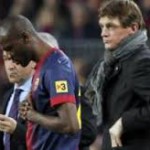 Éric Abidal is set to start tonight's Champions League semi-final clash for F.C. Barcelona against Bayern Munich at the Allianz Arena in Germany. A defensive injury crisis at the Catalan club has thrust the Frenchman back into Tito Vilanova's plans much sooner than expected. Injuries to captain Carles Puyol and Javier Mascherano, along with the lack of European playing time at the heart of defence of Marc Bartra and Alex Song has placed Abidal, with his wealth of experience, at the forefront of the coaching staff's thoughts. … END_OF_DOCUMENT_TOKEN_TO_BE_REPLACED 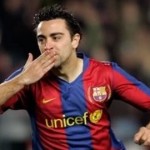 It's no lie that Barcelona are the envy of the footballing world right now. Apart from their contingent of world class players, renowned youth set-up and decorated history, their unique brand of attractive passing football is what has made Pepe Guardiola's men such a pleasure to watch in recent times. … END_OF_DOCUMENT_TOKEN_TO_BE_REPLACED