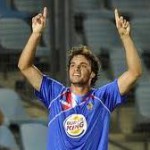 Getafe had lost five games in a row, but manager Luis Garcia Plaza secured a point in an entertaining 2-2 draw against Real Sociedad in the first La Liga game of the day. It looked as if Getafe were heading for yet another defeat as they went two goals down inside the first twenty minutes. Sociedad's Spanish striker Imano Agirretxe took full advantage of a Getafe defence that was low in confidence, scoring in just the fourth minute and then adding a second on 16 minutes. At this point it seemed as if the floodgates would open but Getafe shook off their lethargy and began to dig deep. Ciprian … END_OF_DOCUMENT_TOKEN_TO_BE_REPLACED