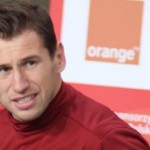 Arsenal are readying a £33million bid for Sevilla star Grzegorz Krychowiak, according to reports from the Sun. Arsenal have now been viewed by many as the favourites to claim the Premier League title this season but with a long way still to go and the injuries piling up, the Gunners most certainly cannot afford to get complacent anytime soon. Manager Arsene Wenger is well aware of the fact that his side have a lot of work to do in order to be able to break their title drought and as a result, the experienced Frenchman is expected to significantly strengthen his squad during the January … END_OF_DOCUMENT_TOKEN_TO_BE_REPLACED 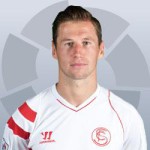 Arsenal are looking to land Sevilla's Polish midfielder Grzegorz Krychowiak this January ahead of a reported £24m swoop. Krychowiak, 24, only moved to the Ramon Sanchez Pizjuan in the summer, but his impressive start to the season has already captured the attention of the Gunners. Borussia Dortmund and Inter Milan are other clubs reportedly chasing Krychowiak, who has become a wanted man around Europe since joining Sevilla. His buyout clause is £24m with Arsene Wenger reportedly willing to match that, keen to bring more defensive stability to the club. Adept as a defensive midfielder, 6'1 … END_OF_DOCUMENT_TOKEN_TO_BE_REPLACED