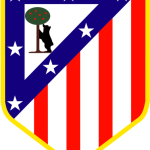 In 1987, controversial politician and businessman Jesus Gil became the club president of Atletico Madrid, running the club until his resignation in May 2003. Gil made most of his money in the construction business but also spent time in jail when in 1967 one of his buildings collapsed, killing 58 people. He was eventually released by order of dictator Francisco Franco. When Gil took over at Atletico they had not won a La Liga title for 10 years and were desperate for League success. Straight away, Gil spent heavily, bringing in a number of expensive signings including Portuguese star Paulo … END_OF_DOCUMENT_TOKEN_TO_BE_REPLACED 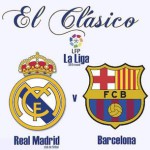 Since the 1950's Spanish football has been thoroughly dominated by just two clubs – Real Madrid and FC Barcelona. The knock-out format of cup competitions may throw up a surprise winner here and there but La Liga has for a long time been considered a two-horse race. These two clubs have won Spain's Primera Division 52 times between them, with Real's 31 championships leading the way. Barca however just pip Real on total tournament wins with 75 and hold all the current bragging rights, with their recent tournament wins setting them apart in Spain, Europe and the World. So it's no surprise that … END_OF_DOCUMENT_TOKEN_TO_BE_REPLACED