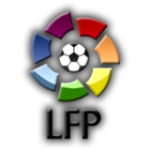 Continuing the round-up of players to watch this season, we now feature a couple of players looking to impress whilst on loan, and three clubs having come up from the Segunda.  Cordoba An astonishing piece of business was done to bring Valencia starlet Fede Cartabia to the newly promoted club during the close season. The 21-year-old Argentine was tipped to have a better season for Los Che in 2014/15 after fans expected more from the youngster in his debut campaign. However, the bewildering decision to let the youngster continue his development in a team widely tipped to struggle this season … END_OF_DOCUMENT_TOKEN_TO_BE_REPLACED