With no representatives in Friday's quarter final draw of the UEFA Champions League, can the English Premier League still seriously lay claims to being the best league in World football, or is it time to acknowledge that they have slipped behind La Liga and the Bundesliga (with 3 and 2 clubs representing each respective domestic league). … END_OF_DOCUMENT_TOKEN_TO_BE_REPLACED 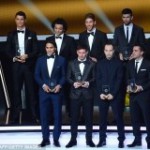 La Liga dominated the Ballon d'Or gala with all eleven players in World Team of the Year coming from the Spanish league. Despite some odd inclusions such as Dani Alves and Gerard Pique, both of whom spent large parts of 2012 out injured and out of form (Javier Mascherano arguably performed better at centre back than Pique last year), the system of voting was carried out in the most democratic way possible - selected by fellow professionals from every FIFA nation. As a result it led to pundits proclaiming La Liga to be the 'best league in the world', which can be instantly dismissed due to the … END_OF_DOCUMENT_TOKEN_TO_BE_REPLACED 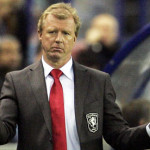 Former Middlesbrough, FC Twente and England coach Steve McClaren has today been dismissed by German side Wolfsburg. McClaren took over the Bundesliga side last year after guiding Dutch minnows FC Twente to the Dutch eredivisie in the 2009/2010 season. This campaign has been a completely different story however as his Wolfsburg side are currently sitting in 12th place in the German Bundesliga and just one point from the relegation zone after Saturday's 1-0 defeat against Hannover 96. With the managerial post recently becoming available at West Brom following Roberto Di Matteo's dismissal, … END_OF_DOCUMENT_TOKEN_TO_BE_REPLACED