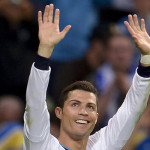 The summer transfer window or 'silly season' as it is more affectionately known is well under way with plenty of transfer activity to report. In Spain in particular there has been plenty of speculation to sink our teeth into. Like in Madrid for example where the Bernabeu vultures are preparing to circle in on White Hart Lane and take with them the Premier League's number one prized asset or in Barcelona where one influential midfielder could potentially be returning to the EPL itself, a league where he made his name as player in Arsenal colours just over half a decade ago. But as a complete … END_OF_DOCUMENT_TOKEN_TO_BE_REPLACED