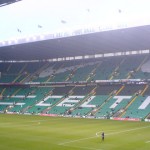 Scottish giants Celtic have opened negotiations over the potential signing of Athletic Bilbao striker Borja Viguera, according to reports from Spanish newspaper AS. Celtic have not enjoyed the best of seasons so far and after being knocked out of the Champions League qualifiers as well as the Europa League group stages, manager Ronny Deila currently finds himself under intense pressure to claim victory in the Scottish Premier League. With Aberdeen breathing down Celtic’s necks though, winning the league will not be as straight forward as it has been in previous years and as a result, Deila … END_OF_DOCUMENT_TOKEN_TO_BE_REPLACED