The league has started to heat-up, as teams start to drop points, play some desperate football and have their character tested. Atletico Madrid and Champions Barcelona still maintain their lead at the top of the table after securing maximum points as Real Madrid and Villareal cancel each other out-resulting in their first dropped points of the season. … END_OF_DOCUMENT_TOKEN_TO_BE_REPLACED 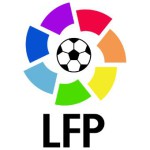 It would be too easy and cliche to insert the entire Real Madrid squad here due to their unusual form this season but they would only merit inclusion in this team with respect to their negative performances. Instead the Surprise XI in La Liga this season shall be comprised of those who have shown outstanding qualities when unfancied to do so. Many of the following players have shown steady progress during their careers but experienced a breakout season unlike any of their previous ones. … END_OF_DOCUMENT_TOKEN_TO_BE_REPLACED 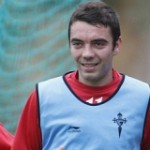 Having arrived on British shores unknown in the summer, Swansea striker Michu has exploded onto the scene, briefly topping the Premier League scoring charts with 13 goals to his name. Priced at roughly £2m, he is proving to be the bargain of the season and other clubs have begun to focus on what gems could be unearthed beneath the Barca-Real dominance. We detail 5 potential exports who could make a similar impact in foreign leagues from some of the unheralded La Liga teams. … END_OF_DOCUMENT_TOKEN_TO_BE_REPLACED 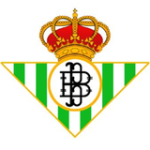 Returning to La Liga following promotion in 2010/11, Betis' season of consolidation was about as much as could have been asked of them. A whirlwind start of five wins from their first five games triggered fans to dream and took them to the summit of the league, but inevitably it wasn't to last. A run of six straight defeats then followed until their results became more sporadic and Betis hovered above the relegation zone for a while. Avoiding the drop back down to the Segunda straight away was the first objective outlined at the start of the season and it was duly achieved as the Andalucian … END_OF_DOCUMENT_TOKEN_TO_BE_REPLACED