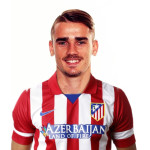 Atletico Madrid will go into Saturday’s game with Almeria knowing anything less than a win may all but end their slim title ambitions. Diego Simeone’s side were unable to replicate the performance that earned them a 4-0 victory over rivals Real Madrid earlier in the month, slipping to a 2-0 defeat to Celta Vigo last week and moving seven points behind the leaders. Despite that setback,defender Jesus Gamez believes the champions are in a good position to retain their title: … END_OF_DOCUMENT_TOKEN_TO_BE_REPLACED