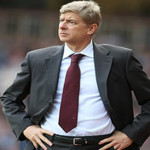 Barcelona will be looking to avenge their 2-1 defeat at the Emirates a fortnight ago as they host Arsenal in the second leg of this all-important last 16 Champions League clash Tuesday evening. Arsenal triumphed in the first leg of this tie just two weeks ago thanks to goals from Robin van Persie and Andrey Arshavin. Barcelona originally took the lead early through a David Villa strike but Arsene Wenger's men battled back valiantly to claim a 2-1 victory. With injury worries, League Cup heartache and an unconvincing performance against Sunderland last weekend Arsenal will certainly have … END_OF_DOCUMENT_TOKEN_TO_BE_REPLACED