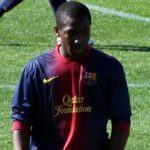 Middlesbrough attacker Adama Traore has told the Guardian that he is happy to be compared to superstars Lionel Messi and Cristiano Ronaldo. Having starred for the Barcelona B team, Traore earned a £7 million move to Premier League outfit Aston Villa last season and it was widely expected that the youngster would be able to set the English top flight alight. However, the 20-year-old was not able to make much of an impact in a struggling Villa outfit and he featured for only 186 minutes of action throughout the course of the campaign. Nonetheless, Traore was able to impress then Aston … END_OF_DOCUMENT_TOKEN_TO_BE_REPLACED 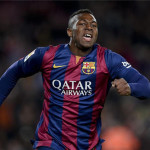 The whole of last week was littered with rumours of Barcelona youngster Adama Traore joining an English Premier League club and Liverpool, Aston Villa and Stoke City looked like the frontrunners for his services. … END_OF_DOCUMENT_TOKEN_TO_BE_REPLACED