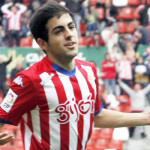 Following Las Palmas' promotion on Sunday, all 20 teams for next season's La Liga campaign are known. Alongside the Gran Canarians are Segunda champions Real Betis and Sporting Gijon. Plenty has been made of Betis with the return of Pepe Mel causing quite a stir, and it will be interesting to see whether their free-scoring style will continue next season. However, less is known about Sporting, the side that finished second ahead of Girona by a whisker. Here are three things you need to know before seeing them next year. Defensive solidity Although Sporting ended the season in second place … END_OF_DOCUMENT_TOKEN_TO_BE_REPLACED