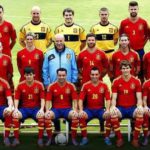 The World Cup countdown is well and truly on and as we enter days as opposed to weeks until the tournament begins, the 32 teams set to enter sports biggest stage get one last chance to experiment before the grand kick off. On Saturday, Tunisia and Spain meet at the Krasnodar Stadium in Russia, with a final chance to fine-tune squads and give run-outs to those on the fringe. But what can we expect from an International friendly so close to the World Cup finals and how have the pair fared in the run-up to Russia 2018? Spain’s Recent Form It is of little surprise that 2010 World Cup … END_OF_DOCUMENT_TOKEN_TO_BE_REPLACED

La Furia Roja or the Red Fury’s (for those like myself less au-fait with the Spanish language) dominance of World and European football may have been on the decline for a number of years since their 2012 European Championship title, but in the race to Russia, Spain are just edging nemesis Italy in the hunt for an automatic qualifying spot. As it stands, Spain and Italy are locked on 16 points together in first and second, however, largely thanks to Spain’s 8-0 drubbing of Liechtenstein in the opening qualifier, Julien Lopetegui’s men hold a +4-goal advantage over their Italian rivals as the … END_OF_DOCUMENT_TOKEN_TO_BE_REPLACED 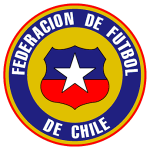 Spain will face Chile in their second group B game at the iconic Maracana Stadium. Featuring in a group with two of the finalists from 2010, Chile are dark horses to qualify for the Round of 16. The South Americans will be highly charged on their home continent, but are they able to shock the current world champions? … END_OF_DOCUMENT_TOKEN_TO_BE_REPLACED 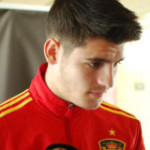 Vicente del Bosque has a tough task in selecting 23 men out of around 50 world class players, choosing a squad based on form, potential, cohesion and experience so that Spain can retain their FIFA World Cup crown. An unsuccessful Confederations Cup campaign has seen change flourish in the Spanish camp with various newbies coming into the squad, but can any of these outside contenders realistically make VDB's final 23? … END_OF_DOCUMENT_TOKEN_TO_BE_REPLACED 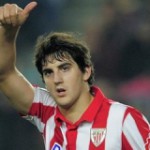 Spain's Olympic football hopes have been hit in the last few days due to injuries which will rule out two of their star players. Mikel San Jose has joined Thiago Alcantara on the flight home from the base in Las Rozas as coach Luis Milla prepares to trim his 22 man squad to 18 in the coming days. Athletic Bilbao centre-back San Jose has contracted chicken pox and was forced to leave the training camp urgently to avoid spreading the disease on Monday whilst Thiago is still recovering from a tibia injury. … END_OF_DOCUMENT_TOKEN_TO_BE_REPLACED 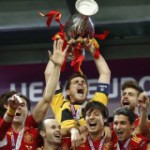 Last night Spain rewrote history as they became the first team to retain the Henri Delaunay trophy and in some style too as they thrashed Italy 4-0 in the Euro 2012 final and put forwards their claim to be the best team of all time. Vicente del Bosque's men won their third consecutive major tournament and in an invigorating, attractive way thanks to Silva, Alba, Torres and Mata goals. Spain strode out onto the Olympic Stadium turf riled by growing criticism of their play and a desire to change that. Their dominant and patient traditions of playing had been scrutinised and labelled … END_OF_DOCUMENT_TOKEN_TO_BE_REPLACED 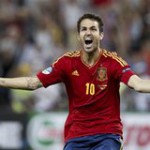 Spain beat Portugal on penalties last night to reach yet another major international final where they will face either Italy or Germany. The 4-2 spot-kick victory over Cristiano Ronaldo's Portugal was preceeded by some pretty mundane activity but nevertheless Spain's quality ensured they prevailed at their Iberian neighbours' expence. Here is what we learned from last night's game. … END_OF_DOCUMENT_TOKEN_TO_BE_REPLACED 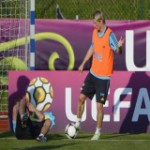 I dissect the latest Euro 2012 game in which Spain ran riot against Giovanni Trappatoni's Republic of Ireland side. Goals from Fernando Torres (2), David Silva and Cesc Fabregas sealed a 4-0 victory for Spain, but what else did we learn? Too easy for Spain as they win at a canter Nothing new to learn from this game, simply revision. Imagine you were reading the ‘Spanish handbook to winning football matches’; on … END_OF_DOCUMENT_TOKEN_TO_BE_REPLACED 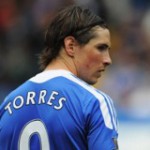 Fernando Torres has been left out of Vicente del Bosque's squad for the Venezuela friendly next week due to his woeful form for Chelsea in front of goal this season. The Spanish striker has scored just 4 times in 29 games this season adding to his sole goal at the end of the last campaign, and has failed to find the net in over 5 months. Del Bosque told Spanish media that his performances of late had 'been a bit irregular' and that he would like to reward other strikers who merit a place in the squad more than the man who's goal won the Euro 2008 Final. As a result, Roberto Soldado, Iker … END_OF_DOCUMENT_TOKEN_TO_BE_REPLACED 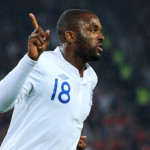 England won a tightly-fought contest in Copenhagen after coming from behind thanks to goals in either half from Darren Bent and Ashley Young. Fabio Capello's men vindicated their last 4-1 defeat over Denmark back in 2005 with a confident display and 2-1 victory in front of their travelling fans at the Parken Stadion tonight. It wasn't all plain sailing for England however as the Danes took a shock lead inside the first 10 minutes after Liverpool defender Daniel Affer beat John Terry to a dangerous in-swinging cross and headed home to make it 1-0 to the home side. The lead didn't last long … END_OF_DOCUMENT_TOKEN_TO_BE_REPLACED