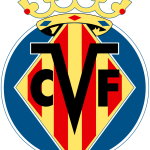 On 13th May 2012, 88 minutes into the final game of the Primera Liga season Villarreal were holding Atletico Madrid to a goalless draw, a result that would have secured their survival and a 13th consecutive campaign in Spain's top flight. However just as it looked like one of La Liga's most colourful chapters was about to be extended Radamel Falcao leapt to power a header past Diego López and break the hearts of almost everyone inside El Madrigal. The Villarreal fairy tale was over or so it seemed. … END_OF_DOCUMENT_TOKEN_TO_BE_REPLACED