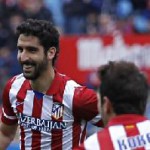 Real Madrid and Barcelona football club have monopolised the Spanish La Liga over the past 10 years. However the two La Liga giants have had intruders to their crown in the past. The brief rejuvenation of champion’s league finalist and former La Liga champions Valencia in the late 1990’s and La Liga pretenders Deportivo La Coruna to name a couple. The two-horse dominance has now a potential long-term gatecrasher in Atletico Madrid. Since the last time Atletico won the league in 1996, Los Colchoneros have always had potential to become a force. Attack minded with players that bring real … END_OF_DOCUMENT_TOKEN_TO_BE_REPLACED