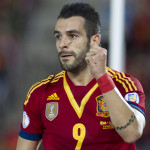 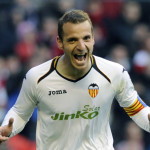 With Valencia’s 4-3 defeat to Sevilla on the last day of the La Liga season, Los Che missed out on a place in next season’s Champions League, being pipped at the post by Real Sociedad. The blow for the Mestalla club is obvious – however the biggest repercussion of Europa League, rather than Champions League football, could well be the departure of star striker Roberto Soldado. … END_OF_DOCUMENT_TOKEN_TO_BE_REPLACED