Described as a “disaster” in many headlines across the Spanish sporting press, over the last week or so, the closure of the dated Vallecas home of Rayo Vallecano has caused numerous problems amidst speculation that the stadium won’t be reopened until October, once urgent safety work has been completed.

The matchday three fixture against Athletic Club Bilbao was postponed just days before it was due to take place. Rayo fans are angry at the leadership of their club, while the club’s directors are pointing accusing fingers at local authorities in Madrid, who they say are ultimately responsible for security and maintenance of the stadium.

Returning to the Spanish elite division was never going to be easy for habitual underdogs Rayo, who are, unsurprisingly, amongst La Liga betting favourites for relegation this season having lost their first two games of the 2018-19. Nevertheless, their Vallecas stadium has always been known for the vibrant support of the fans, passionately urging their team to beat the odds and obstacles set before them, even if the aging venue itself has been long overdue some important upgrades. 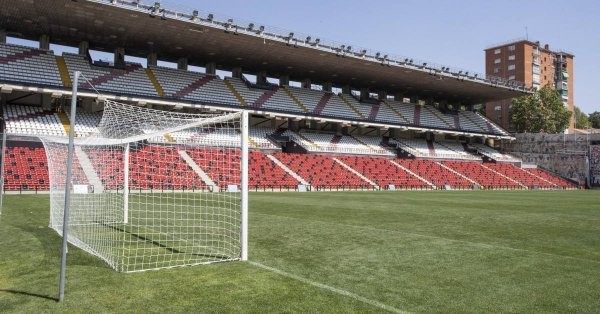 However, those upgrades are at the heart of the current problems that Rayo as a club, and their long-suffering fans, are currently experiencing. After securing promotion from the La Liga’s Second Division (LaLiga 1|2|3) last season, work was always going to be needed to bring the Vallecas stadium back up to scratch; or at least to meet the absolute minimum requirements set forth by the competition.

Already knowing that lengthy and potentially complicated work was due to take place, the club could have asked LaLiga to change their opening home games to away fixtures. Fans complained that entrances for the first home game against Sevilla were partially blocked by scaffolding and skips, creating serious safety concerns, although that wasn’t the only issue supporters were worried about.

During the match against Sevilla, some fans complained that sections of lateral stand in which the visiting fans were located, parallel to Avenida de Albufera, alarmingly shook at times when fans were celebrating goals. There was also a worrying situation in which a four-year-old boy fell through a security gate, which hadn’t been properly finished as part of the ongoing safety work currently taking place.

This inevitably caused fans to raise their concerns, which the local authorities in Madrid took seriously and led to their announcement that Vallecas would be closed for the foreseeable future, suggesting that further work and investigations would be required. The venue will not reopen until at least the middle of October, albeit without any fixed dates issued by local authorities. 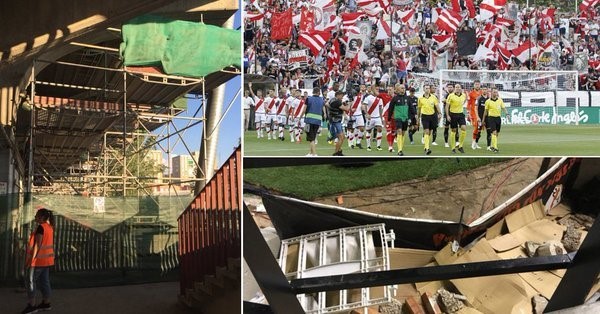 The immediate problem facing the club and LaLiga will be Rayo’s next two home fixtures at Vallecas. Unless the club can find and agree an alternative venue to host their home games and 13,000 season ticket holders, the only other alternative is to petition LaLiga to switch them to away games, at least until work is completed. The only other option, and perhaps the most unsavoury of all, would be to play games behind closed doors.

Although the next fixture is away at Huesca, Rayo have home games scheduled against Deportivo Alaves and Espanyol in September. Perhaps somewhat opportune is that the following home fixture in LaLiga during October isn’t due to take place until the weekend of the 21st, against fierce local rivals Getafe.

This might give local authorities time to complete all the work needed, pending structural safety investigations that are currently taking place, in light of the additional recent fears expressed by supporters in the affected lateral stand. Hopefully, the situation will be resolved as swiftly and safely as possible, for the benefit of Rayo fans.