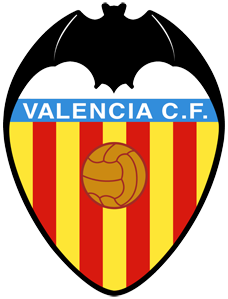 It’s hard to believe that just under two years ago Spanish giants Valencia were in free fall, in relative crisis. Things were so farcical at one point that owner Peter Lim turned to friend and well-respected Sky Sports pundit Gary Neville, despite his distinct lack of management experience, and appointed him manager until the season’s end. The ill-thought through experiment didn’t last long needless to say. Just shy of four months in fact, after only three wins from his 16 league matches in charge.

How things have changed in Spain’s third largest city. After consecutive 12th and 13th placed finishes in La Liga, Los Che currently find themselves flying high in second trailing only Barcelona by four points and above both Madrid Giants in the table after 11 matches. So what has changed at the southeast coast club to warrant such a transformation in fortunes?

Cast your minds back to the early 2000’s and Rafael Benitez’s Valencia were busy proving themselves to be the best side in Spain. Benitez helped break the duopoly of Barcelona and Real Madrid on the La Liga trophy by coaching Valencia to title triumphs in 2002 and 2004, their first league triumphs since way back in 1971. Back then Benitez could call on the likes of Santiago Canizares in goal, Roberto Ayala in defence, Gaizka Mendieta, David Albelda and Miguel Angel Angulo in midfield and Pablo Aimar and John Carew in attack. It was a formidable squad full of experience and flair in equal measure.

Following Benitez’s departure for Liverpool in the summer of 2004, Valencia experienced a number of managerial changes and upheaval resulting in the club failing to replicate a meaningful challenge for the title to this very day. Unai Emery’s arrival in 2008 prompted something of a renaissance with the club achieving three consecutive third placed finishes. However, huge debts and financial difficulties saw the club forced to sell off their prized assets David Villa, David Silva and Juan Mata in a bid to try and balance the books, further widening the gap between themselves and the big two.

Managers and big name players have continued to come and go in quick succession but the appointment of current incumbent Marcelino, who led city rivals Villarreal to promotion and three consecutive top six finishes during his three-and-a-half years in charge at El Madrigal, has so far proven a shrewd move by Lim and the board of directors. Not one during his time at The Yellow Submarine to court big name and money signings, a disagreement with the board saw him sacked just before the opening match of the 2016-17 season.

And so after a season out of work, Marcelino is back and showing his former employers what they are missing. His influence cannot be denied. Eight wins and three draws from their opening 11 matches makes for very good reading for Valencia’s long-suffering supporters. The new man at the helm allowed a number of high-earning senior players to depart the Mestalla in the summer choosing to replace them with a few carefully chosen but talented loanees and a couple of necessary purchases.

The results speak for themselves. A great organiser of his teams, the Spaniard, employing his favoured formation of 4-4-2, has all of his players playing to his tune of fast counter-attacking football. In goal, former Juventus backup Neto has made the position his own.

In midfield, captain Daniel Parejo and Geoffrey Kondogbia have formed a superb partnership. And upfront, Simone Zaza, who followed his shocking Euro 2016 penalty miss for Italy against Germany with a less than auspicious whistle-stop loan spell at West Ham, is second only to the irrepressible Lionel Messi in the scoring charts with nine goals in 11 games.

His strike partner Rodrigo, once of Bolton Wanderers, is also finding the net with ease thus far whilst new arrival, Gonçalo Guedes, on a season-long loan from Paris Saint-Germain, has slotted into Marcelino’s counter-attacking outfit with consummate ease. The Portuguese has been a revelation in Spain to date with three goals and five assists already in his first nine games for the club.

Marcelino’s other great trait has been to place emphasis on promoting youth. Youngsters such as Carlos Soler and Santi Mina are displaying the fruits of having a manager who counts on them while the whole squad boasts only two players over the age of 30. The new man in charge has presided over impressive draws with both Madrid giants as well as a club record-equalling seven league wins a row with 30 goals having been rammed home in just 11 matches. Stunning victories over Malaga (5-0), Betis (6-3 away) and Sevilla (4-0 at home), give reason for the fans to believe that this will be a great season to be a supporter of Los Che.

Los Che To Maintain The Challenge?

It has now been 13 long years since Rafael Benitez and his star-studded team last broke the dominance of Spain’s big two. Valencia may not end up winning the title next May. They may not even finish in the top two or three. But under the guidance of Marcelino, they are back where they belong, competing with the big boys and bringing joy to the faces of the ever-faithful fans in the steep stands of the atmospheric Mestalla.

Los Che are currently fourth favourites to claim a seventh La Liga title next year at massive odds of 50/1 with bookmakers Sun Bets. Can they upset the applecart and repeat their unexpected triumphs of 2002 and 2004? You can check out the latest football betting odds for La Liga and a whole host of other markets at Sun Bets.

Chris graduated from the University of Brighton in 2007 with a degree in Sports Journalism and is a sports fanatic, spending pretty much all of his money following the Welsh national football team all over Europe (and yes spending five weeks on tour with Wales in France at Euro 2016). He has written for numerous websites and has two fully published football biographies to his name. Chris also enjoys rugby union, cycling and politics and enjoys a regular (okay daily!) punt on football.