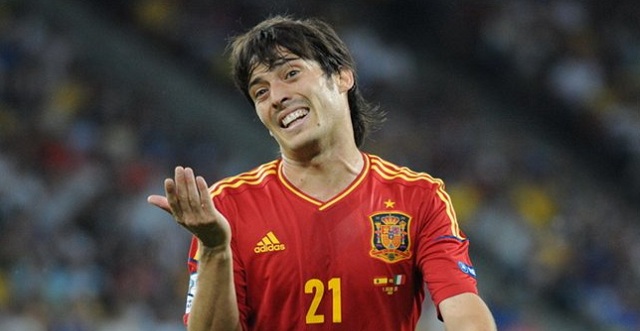 According to reports from Spanish outlet El Gol Digital, Las Palmas have initiated talks over the signing of David Silva from Manchester City.

Manchester City acquired the services of David Silva from Valencia back in 2010 and it has to be said that the signing of the Spanish playmaker has proven to be one of the best investments the Citizens have made over the years.

Silva has played a key role in helping City become a powerful force in English football and he still remains one of the best attackers in Europe at the moment. That being said, Silva will soon become 32 and it does look like the Spanish international will head back to La Liga in the foreseeable future.

Now according to reports from El Gol Digital, Silva is already in talks over a return to Spain by joining La Liga minnows Las Palmas. Silva was born in Las Palmas and had expressed his desire to play for his boyhood club in an interview he gave back in 2015.

He had said, “My ultimate ambition to play for Las Palmas. People say I should go to Real Madrid or Barcelona, but my team is Las Palmas.”

With Las Palmas now an established top flight La Liga side, they finally possess the financial power to attract someone like Silva and the minnows are said to have begun talks over the signing of the Manchester City superstar in 2019 – when his contract expires at the Etihad Stadium.