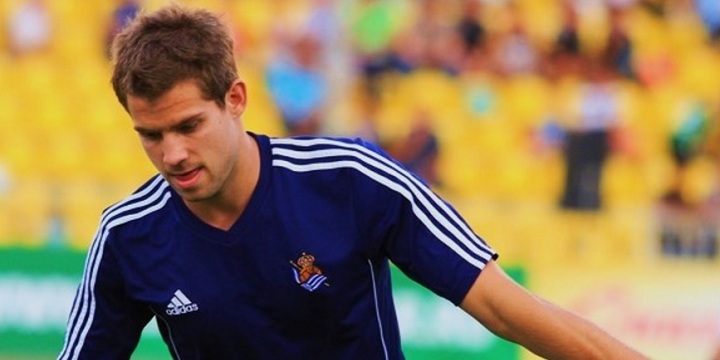 According to reports carried out by Sport Witness, Everton are looking to challenge Barcelona for the signature of Inigo Martinez.

Barcelona lost the services of superstar Neymar this summer and the departure of the Brazilian is most certainly a huge blow for the Catalan giants.

Nonetheless, Barcelona have received a whopping £200million in exchange for Neymar and the Catalans will surely now look to use the funds to strengthen the squad.

Finding a direct replacement for Neymar will be one of the main priorities for Barcelona but manager Ernesto Valverde will also look to reinforce other areas of his side and reports have claimed that Real Sociedad man Inigo Martinez is one of the targets.

The 26-year-old is believed to have a £28million release clause on his contract at Sociedad and Barcelona will surely have no problems in matching the fee.

However, signing Martinez is not likely to be a straightforward deal as wealthy Premier League sides Everton as well as Manchester City are also believed to be keen on signing the accomplished centre-back and Barcelona perhaps will have to pay a higher wage in order to lure him to the Camp Nou.