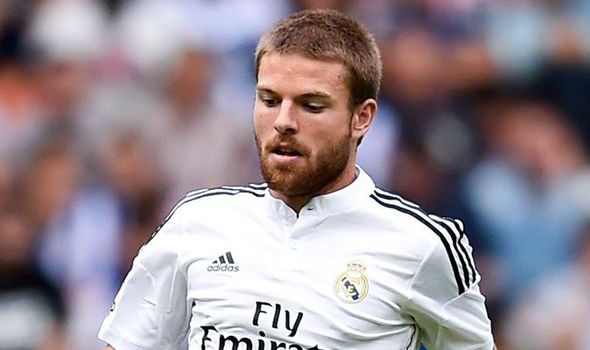 According to reports from Transfer Market Web, Stoke City have been linked with a sensational swoop for Asier Illarramendi.

Stoke City have not been very active in the summer transfer market so far and they have not spent any money in terms of transfer fees despite signing the likes of Josh Tymon, Darren Fletcher and Kurt Zouma this summer.

On the other side of the spectrum, Stoke have lost key players such as Marko Arnautovic, Jon Walters, Glenn Whelan and Phil Bardsley. Now it is believed that the Potters could well sell another important player in the form of Giannelli Imbula.

If indeed Imbula leaves, Stoke will surely have to sign another midfielder and according to reports from Transfer Market Web, Mark Hughes’ men are currently considering a swoop for Real Sociedad star Asier Illarramendi.

Illarramendi has managed to reclaim his reputation as one of the best midfielders in La Liga since leaving Real Madrid for Real Sociedad back in 2015 and it is believed that Stoke are hopeful of luring the 27-year-old to the Bet365 Stadium this summer.