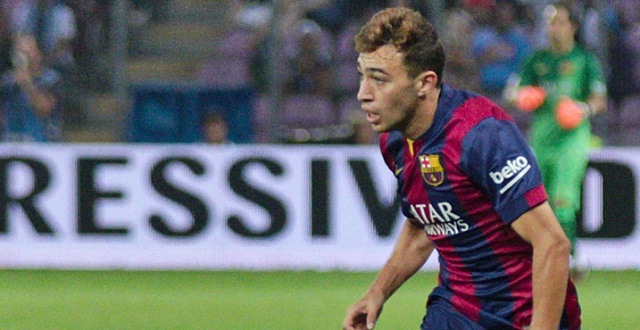 According to reports from talkSPORT, West Ham United have been handed a huge encouragement in their hopes of signing Barcelona striker Munir El Haddadi.

Munir El Haddadi was widely touted to become the next Lionel Messi after he broke into the Barcelona first team back in 2014 and he impressed many with some fine performances for the Catalan giants.

However, like many before him, Munir did not really manage to fulfill the hype that surrounded him and is now set to be leaving Barcelona this summer following an unsuccessful loan spell at Valencia last season.

Roma were interested in signing Munir but reports had claimed that even West Ham were considering an ambitious move to secure the services of the 21-year-old.

Now in a huge boost to West Ham’s hopes of signing Munir, it has been claimed that Roma have pulled out of the race to recruit the Barcelona man.

West Ham recently did improve their attack with the signing of Javier Hernandez and the arrival of Munir would also be a big boost. However, it does look like the Hammers still have to fight off competition from the likes of Crystal Palace and Southampton to land the prodigious talent this summer.