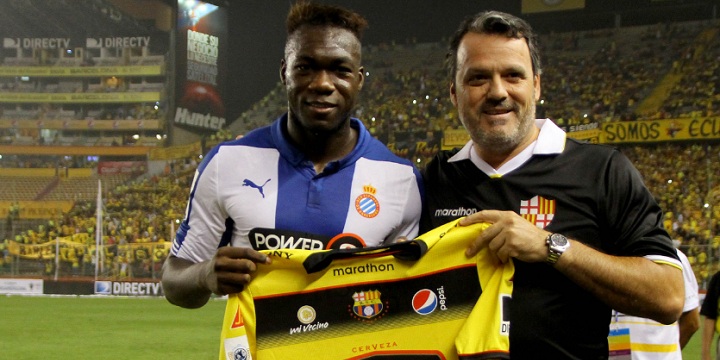 West Bromwich Albion have enjoyed a wonderful season so far and following the fine 2-0 victory over Sunderland during the weekend, the Baggies have moved into 8th position in the Premier League table.

On current form, West Brom most certainly look like they stand a very good chance of earning a European placed finish this season but the competition remains fiercer than ever and the Baggies will surely be aided in their lofty aspirations by making a couple of new signings this month.

West Brom have already splashed the cash to secure the services of Jake Livermore from Hull City recently and now according to reports from the Birmingham Mail, the Premier League outfit are looking to strengthen their attack with the recruitment of Espanyol man Felipe Caicedo.

Caicedo has struggled for regular first team football for Espanyol this season and with the Ecuadorian international said to be keen on an exit from the Barcelona-based club in order to earn more minutes on the pitch, a switch to West Bromwich Albion could prove to be a possibility.