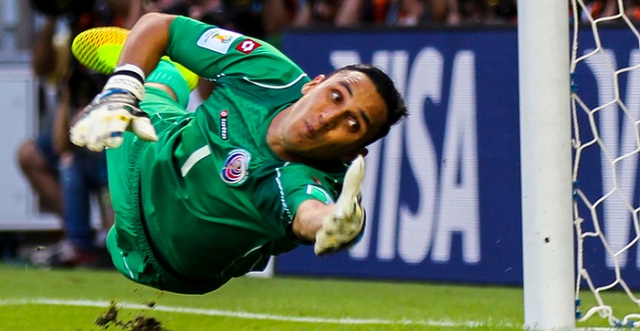 Manchester City boss Pep Guardiola took the controversial decision of replacing Joe Hart with Claudio Bravo for the number one spot between the sticks at the Etihad Stadium this summer and it has to be said that the move has not been vindicated as the Chilean has put in a number of terrible performances so far this season.

Due to Bravo failing to impress, Guardiola is now said to be on the lookout for a new custodian and now according to surprise reports from the Manchester Evening News, the Citizens are currently plotting to sign Real Madrid number one Keylor Navas.

Madrid have widely been linked with the likes of David De Gea and Thibaut Courtois over the past few months, leaving Navas’ long term future at the Santiago Bernabeu in doubt and City could take advantage of the situation by signing the Costa Rican international.