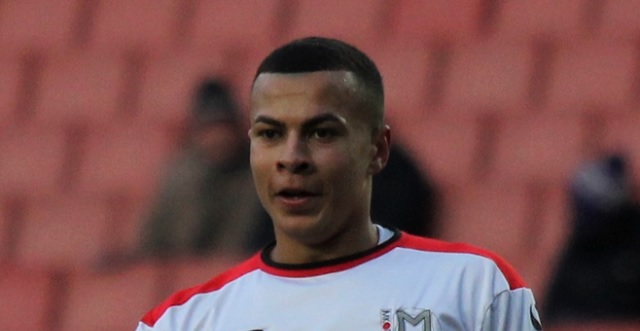 Rivals Barcelona and Real Madrid are battling out to secure the services of Tottenham Hotspur star Dele Alli, according to reports from the Daily Mirror.

Dele Alli joined Tottenham Hotspur from Milton Keynes Dons as a relatively obscure name and in just a matter of 18 months, the young midfielder has gone on to establish himself as one of the hottest properties in world football at the moment.

Due to his meteoric rise, a host of top clubs have been closely monitoring the situation of Alli and now according to reports from the Daily Mirror, it is being claimed that Spanish giants Barcelona and Real Madrid are both interested in securing the services of the 20-year-old.

Real Madrid were said to have expressed their interest a few weeks ago and now the report states that Barcelona have also joined in the race, and it will be interesting to see which side will be able to land the Tottenham Hotspur star who is valued at around £70 million by the club.