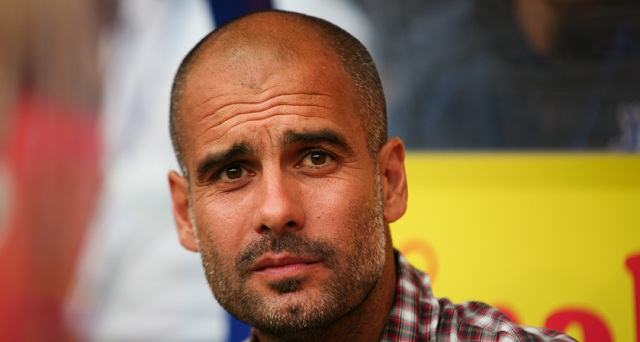 Manchester City manager Pep Guardiola has denied reports that he is planning to bring Sevilla midfielder Steven N’Zonzi to the Etihad Stadium this January.

Following a fine start to the season, Manchester City have stuttered a bit in recent times and many believe that manager Pep Guardiola will be looking to strengthen his squad during the current January transfer window in order to get the Citizens’ title challenge back on track.

A host of names have unsurprisingly been linked with a move to City over the past few weeks and reports touting Sevilla midfielder Steven N’Zonzi to join the Premier League giants for a fee in the region of around £25 million has particularly been gathering steam in recent times.

Given the widespread rumors, Guardiola was asked by reporters if he was indeed interested in signing N’Zonzi but the Spaniard went to dismiss the rumors by stating that City are currently not in the market to recruit a new midfielder.

The 45-year-old was quoted saying by Goal, “Since I am manager from Manchester City, we are interested in a thousand million players so we are going to play with the team.

“If we need something, maybe it’s at the back, central defenders or full-backs, maybe, but that is a position we have cover enough and the next season is the next season.”