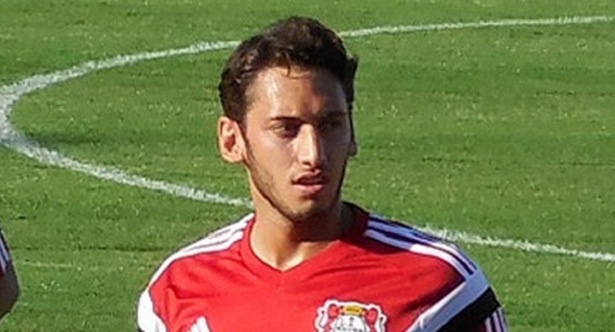 Speaking to LigTV, Turkish midfielder Hakan Calhanoglu says he would be open to joining either Barcelona or Manchester United if an offer came along.

Hakan Calhanoglu has enjoyed a meteoric rise ever since breaking into the Karlsruher first team back in 2012 and the Bayer Leverkusen star is currently considered as one of the best young midfielders in the world.

Given his wonderful exploits, a host of top clubs have understandably expressed their interest in signing Calhanoglu and it seems just a matter of time before the Turkish international leaves BayArena for a bigger side on a lucrative deal.

Barcelona and Manchester United are among the two giants of world football who have been consistently touted to make a move for Calhanoglu and the 22-year-old has now made an admission which will certainly please the duo.

Speaking to Turkish outlet LigTV, Calhanoglu said that he is open to leaving Bayer Leverkusen and admitted that he would find it difficult to reject offers from Barcelona and Manchester City if they were to arrive.

The young midfielder said, “If there was offers like everyone I would be happy. It would be very hard to decline an offer. My job is open to anything. Barcelona and Manchester United are both big clubs.”