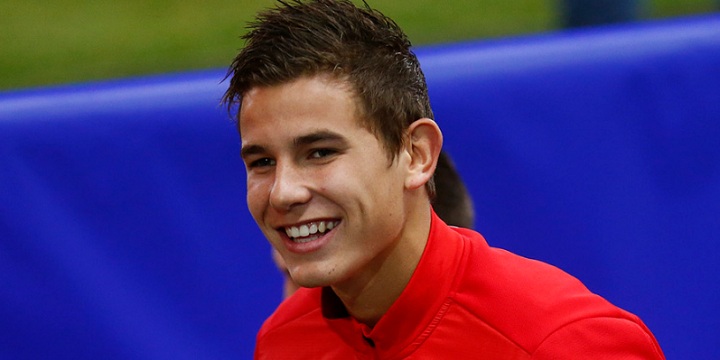 According to reports from the Independent, Manchester City are considering a big money swoop for Atletico Madrid defender Lucas Hernández.

Lucas Hernández broke into the Atletico Madrid first team back in 2014 and although the 20-year-old is not a regular as of yet, he is touted for a huge future at the Vicente Calderon due to his immense potential.

A number of top clubs are aware of Hernández’s potential and now according to reports emerging out of the Independent, claims have been made that Manchester City are currently considering a whopping £20 million move for the Frenchman.

Conceding goals has been a big problem for Manchester City this season and in order to get his side’s title pursuit back in order, manager Pep Guardiola is said to be looking to sign a new defender during the current January transfer window.

It has been reported that Hernández is one of the many defensive players Guardiola is targeting at the moment and the youngster could well earn a lucrative move to the Premier League this month.