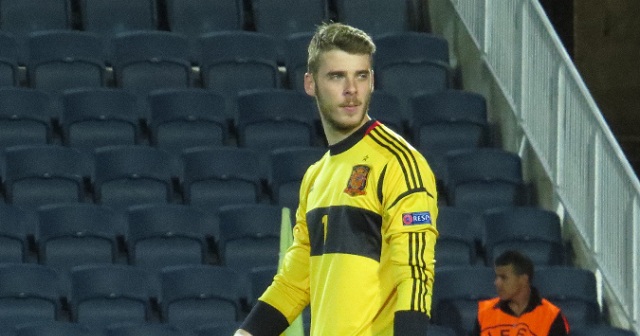 Atletico Madrid CEO Miguel Angel Gil Marin has gone on to state that he will not feel bad if David De Gea were to join Real Madrid in the future.

Manchester United star David De Gea has managed to establish himself as one of the best goalkeepers in the world over the past few years and it is no secret that Spanish giants Real Madrid are keen on securing the services of the 26-year-old.

De Gea has insisted that he remains happy at Old Trafford for now but it seems just a matter of time before the Spanish international will be leaving for the Santiago Bernabeu.

If indeed De Gea were to join Real Madrid, fans of his former club Atletico Madrid would surely be very disappointed in the shot stopper due to the rivalry between the two teams.

However, Atletico chief Miguel Angel Gil Marin has gone on to state that he will not view De Gea’s prospective move to Real as betrayal and is instead happy to see the goalkeeper join Los Blancos as his side are in line to pocket a sell-on fee from any prospective transfer.

Marin told Onda Cero (via The Metro), “I would not feel bad if Madrid signed him [De Gea]. I would prefer Real to sign De Gea because we own five per cent of the [sell-on fee].

“Courtois is a great professional and a great guy and I wish him well but I think he should stay at Chelsea. It would not be a betrayal [to Atletico], I do not think the fans would feel that way.”