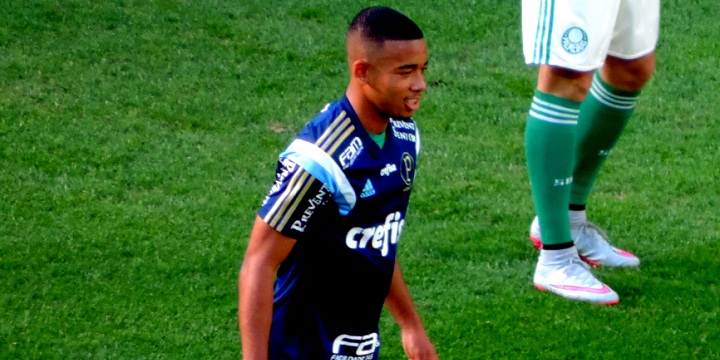 As quoted by the Manchester Evening News, football legend Pele has gone on to claim that incoming Manchester City attacker Gabriel Jesus is currently the best player in the Brazilian national team.

Gabriel Jesus is undoubtedly one of the most exciting young talents to have emerged from Brazilian football in recent times and as a testament to how highly rated the attacker is, Premier League giants Manchester City have agreed to shell out a whopping £27 million to secure the services of the 19-year-old this January.

Many feel that Jesus will become a star for City upon his arrival as the young man has already proven himself at the highest level by impressing for the Brazilian national team, for whom he has managed 4 goals in just 6 appearances so far.

It is clear to see that Jesus is rated very highly by many in Brazil and now the legendary Pele has gone on to state that the 19-year-old is currently the best player in the national team, hinting that he is already better than Selecao superstar Neymar.

Pele was quoted saying by the Manchester Evening News, “He is a boy who has a lot of future. I’ve been watching his interviews. I’m going to joke, he’s a crier. Lives crying on the pitch. Everybody’s seen, lately.